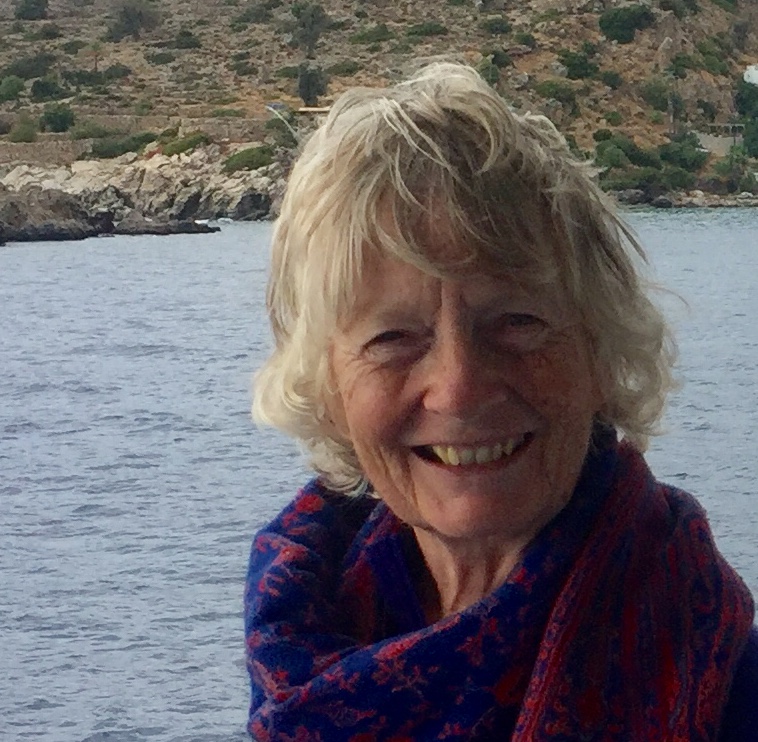 Ali Sinclair was born after the Second World War and spent much of her childhood on a remote farm in the Isle of Man where she could run wild up into the hills with the family’s dog.
At the age of eleven she was sent to a Quaker boarding school in the south of England. Later she trained to be a teacher and taught for over a decade in a variety of schools from a crime ridden area of Manchester to an idyllic country school at the far end of Cornwall.

She lived in Cornwall for over thirty years. Her two children were born there and it was while she was living there that she first joined a local writing group and had her first poem published.
Ali retrained as a Chiropodist and a Reflexologist and ran her own therapy business for a number of years. She also achieved a B.A. with the Open University.

After the break up of her marriage, she moved to North Wales with her friend Bob and continued to work as a Chiropodist and a Reflexologist. In her spare time she studied for an M.A. in Creative Writing at Bangor University.
She has occasionally run creative writing workshops and for several years she ran a local writing group.

Ali Sinclair still lives in North Wales and loves to walk in the mountains there. She has now retired and enjoys travelling, walking and writing.